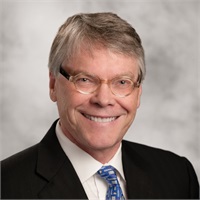 In 2017, Tommy formed a partnership with RFG Advisory headquartered in Birmingham, Alabama. They offer investment and planning services through Private Client Services and utilize the custodial and trading services of TD Ameritrade. This alliance allows Williams Financial Advisors to offer state of the art technology, world class investment advisory services, and has been a great addition to the long-established culture of extraordinary client service experienced by the firm’s clients. He developed a unique foundation for a career as a Certified Financial Planner® with a 9-year stint in Human Resource Management where he held responsible corporate positions both domestically and internationally in the oil and gas industry. This platform evolving from success in the corporate world has been a key component in the organizational design of the firm over which he now presides.

In 1974 Tommy graduated from Louisiana Tech University with a degree in Sociology and Business Management. This not only led him into the role of managing Human Resource activities for the benefit of corporate employees, but also set the stage for an intense interest in the community and the status of the human condition throughout the world. An active community leader, he has served on numerous boards including President of the Financial Planning Association Ark-La-Tex Chapter, President of the Board of the Samaritan Counseling Center, Chairman of the Allocations Committee for United Way of North Louisiana, a board member of Live Oak Retirement Community, a member of the Coordinating & Development Corporation, a board member and Chairman of the Membership Committee for the Committee of One Hundred, and for nine years he chaired the Junior Achievement of North Louisiana Business Hall of Fame. In recognition for his civic and business accomplishments, he was inducted into the North Louisiana Business Hall of Fame in 2008. In 2006 and 2007 he was a Co-Chairman of the fundraising campaign for Community Renewal International, and he remains passionate about the expansion of its mission by serving on their National Advisory Board. Tommy served on the Board of the United Way of Northwest Louisiana, and in 2011 and 2012, he served as Chairman of the annual campaign for United Way. He is a regular supporter of the North Shreveport Lions Club, Norwela Council of the Boy Scouts, Juvenile Diabetes Research Foundation, and the Volunteers of America North Louisiana.  He is also a member of the Rotary Club of Downtown Shreveport, Greater Shreveport Chamber of Commerce, Louisiana Tech Alumni Association, and First United Methodist Church of Shreveport.

Tommy has been actively sought as a public speaker and in all forms of the media. For five years he co-hosted a weekly radio talk show, “Your Financial Future”.  He has been a perennial guest on both national and local television broadcasts when expert financial commentary is needed. During the economic crisis of 2008 and 2009, he appeared on CNBC, Fox Business, and other national broadcasts 59 times in 18 months. His quotes were frequently sought by the Wall Street Journal, New York Times, Reuters, The Associated Press, and other news services around the globe. For ten years he appeared on a weekly news broadcast with the CBS affiliate in Shreveport Louisiana. Every Sunday beginning in 2009, he has authored a column on the front page of the business section of the Shreveport Times entitled “Financial Fundamentals”.

He is most proud of his daughter Sarah who obtained a BS in Finance and MBA from LSU Baton Rouge. She is now the mother of his grandson Jackson (Tommy’s middle name) and is an analyst for Palladium Investments in Norfolk, Virginia. His wife Debby enjoyed a 13-year career in financial services and has a degree in Finance from LSUS. In their blended family they are very proud of their two daughters and three grandsons ages 1- 4.  Tommy enjoys running (has completed 14 marathons including Boston, New York, Dallas, Houston, and Big Sur California). He is known for finding humor in the everyday things of life, and the notion that the world will be a better place due to his having been here. He has a passion for rock music-primarily that of the late 60’s, 70’s and 80’s. He thoroughly enjoys professional baseball, though he supports no specific team (primarily pulls for the presumed underdog). 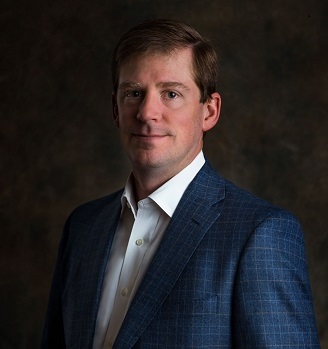